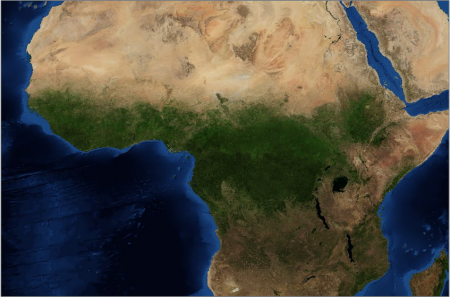 The Congo Basin is the second largest tropical rainforest in the world, with almost 2 million square kilometers of humid forest- an area about the size of Mexico. Including secondary and savanna forest, the area equals about 3 million square kilometers, almost half the size of the continental US. The Basin is defined by the watershed of the Congo River, located primarily in the Democratic Republic of Congo, with smaller portions in Gabon, Republic of Congo, Cameroon, Central African Republic, and Equatorial Guinea. The Congo Basin is home to mountain gorillas, lowland gorillas, chimpanzees, and forest elephants, as well as approximately 1,000 species of birds. The basin is also home to 75 million people and 150 distinct ethnic groups, many of whom still practice a traditional hunter-gatherer lifestyle.

Explore the forests of the Congo basin on the following pages-

Land area in countries of the Congo basin 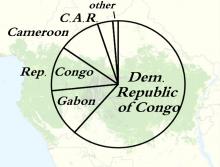 Learn about work & research of Yale faculty, students, and alumni in the Congo… 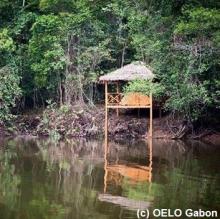 Click here to learn more about this project and other work done  by Yale students, alumni and faculty in the Congo Basin. 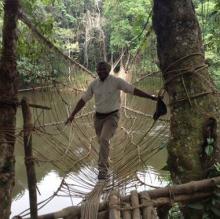 Peter Umunay M.F.S.’14 & PhD ‘19 aims to respond to the challenges of designing monitoring systems for reporting carbon emissions from human-induced deforestation and forest degradation in his research.

Read more about Peter’s work and other projects done by Yale students, alumni and faculty in the Congo Basin here.