Prior to the widespread application of chemical inputs and mechanized technology, populations depended on natural resource cycles for agricultural management. Some populations today still rely on shifting cultivation to produce crops for subsistence and local markets, especially in the tropics. In general, traditional agriculture is dependent on the recycling of organic matter and nutrients, and natural rainfall patterns. Different species of crops are planted in rotation in one field to protect against pest or disease outbreaks, and nitrogen sources are accumulated in fields through rotations of legume planting. Shifting cultivation in forested areas relies on the fallow periods for organic matter to accumulate over a few years, as farmers cultivate other fields. In some regions farmers employ slash-and-burn techniques to clear forestland that is grows in their areas of field rotation. 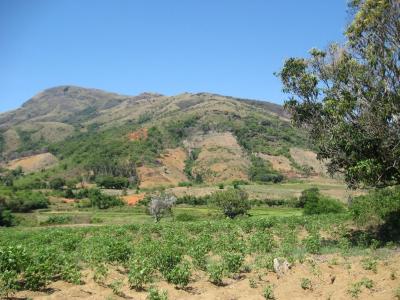 Other populations are reliant on livestock or wildlife for subsistence. Communities in areas like the Amazon and Congo basins, as well as the boreal forests of Canada, continue to hunt wildlife for food. In particular, indigenous communities around the world have maintained such subsistence food systems and lifestyles to the present day.

Debates have persisted over the ecological sustainability of traditional land use patterns, with some studies pointing to forest degradation caused by slash-and-burn techniques, while others state that shifting cultivation is less ecologically damaging in the long term. The debate over ecological impact is hard to resolve as many ecosystems have developed in tandem with small-scale but long-term anthropogenic impacts. Such impacts would include those facilitated by shifting cultivation or controlled burns, which function as periodic disturbances that allow for certain species of trees and vegetation to flourish. Some researchers have argued that for many indigenous societies, a combination of cultural beliefs and agricultural or hunting practices has allowed for the sustainable harvesting of flora and fauna, especially with agroforestry-based food systems. Such advocates point to the absence of large-scale anthropogenic ecosystem disturbances in the areas that such communities inhabit, in comparison to industrial agriculture and livestock raising.

Even so, population growth in these natural resource-reliant communities is putting increasing pressure on ecosystems. As the land area under shifting cultivation is limited by the need for fallow land to regenerate, higher populations often lead to conversion of forestland and expansion of agriculture. Increased access to markets also blurs the lines between subsistence and commercial food production, further threatening the sustainability of these land use patterns, as more forestland is cleared for cultivation of cash crops. Read more about traditional land use in the Amazon Basin or the Congo Basin.

Tilman, D. (1999). Global environmental impacts of agricultural expansion: the need for sustainable and efficient practices. Proceedings of the National Academy of Sciences, 96(11), 5995-6000.