Mining has always been an environmentally disruptive activity, but contemporary extractive industries are located in some of the most ecologically sensitive forests 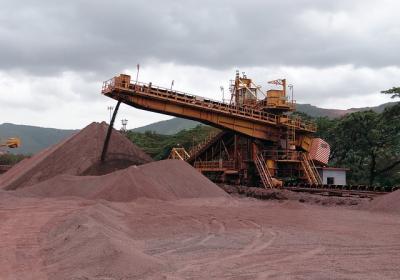 in the boreal and the tropics. Oil, gas, and mineral extraction account for an estimated 7% of global deforestation in the subtropics, with increasing exploration and development taking place in the Amazon and Congo basins. In more affluent countries, oil, gas, coal, and mineral developments continue to degrade and pose threats to forests, such as in the Canadian boreal and the Russian taiga, where oil transportation infrastructure is being planned and developed. The development of tar sands infrastructure in the Canadian boreal has resulted in the clearing and degradation of over 750,000 ha of forested areas since the year 2000.

Oil, coal, gas, and minerals extraction reduce forest cover, but also lead to more long term impacts such as pollution, infrastructure development and increased human activity. Extractive industries produce toxic water and chemicals as byproducts that can contaminate groundwater and kill flora and fauna. Weak regulation in policy and practice has hindered effective monitoring and accountability processes in developing countries. Even in advanced economies like Canada or the United States, the development of oil pipelines always entails risks of leakage, which can lead to surface contamination. Small-scale mining of gold is responsible for 1/3 of the total mercury released into the environment, as mercury is used to separate gold from its ores. Acid mine drainage methods, and tailings pools, which hold mine waste products such as sediments and minerals, present further risks. The release of such waste has disastrous consequences, as exemplified by the collapse of the tailings dam of Ok Tedi mine in Papua New Guinea in 1984, which resulted in the deposition of copper-heavy waste over 10,000 ha of forestland. The forest die-off has extended beyond this immediate area over the course of 30 years, as mine waste continued to be discharged into the river system. This type of pollution can impact entire ecosystems, as metals are cycled over long time spans.

Some studies have shown that over 25% of metal mines worldwide can be found within 10 km of a protected area’s boundaries. In some regions like the Congo Basin, small-scale and artisanal mining takes place within protected area boundaries. Land concessions to mining companies often overlap with indigenous territories, such as in the Amazon, 15% of which is covered by active or planned oil concessions and 8% of which is covered by minerals extraction concessions. With the growth of fossil fuels and minerals extraction in developing countries, the threat of pollution from oil spills and mining waste will continue to rise. Increases in the prices of oil, gas, and minerals are predicted to continue, spurring further growth of the extractive industries in developing countries, in temperate, tropical, and boreal regions. Read further about mineral extraction and mining in the Congo Basin and in the boreal.

Douglas, I. (1996). The impact of land-use changes, especially logging, shifting cultivation, mining and urbanization on sediment yields in humid tropical Southeast Asia: A review with special reference to Borneo. International Association of Hydrological Sciences Publications-Series of Proceedings and Reports, 236, 463-472.