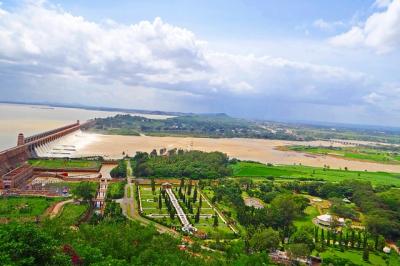 Energy infrastructure development, such as dams for hydroelectric power, has a significant impact on forests, as well as other ecosystems.  Dam construction often has large impacts on local populations as well, displacing communities as the reservoir area is flooded. As countries’ energy demands increase with growing populations, many governments are looking to hydropower as a potentially large source of energy and revenue generation. Large-scale dams are planned and implemented across major river basins around the world, from the Mekong River in Southeast Asia to the tributaries of the Amazon in Brazil, and the Nile River in Ethiopia. Hydropower, while providing a large, renewable source of energy, comes with its own environmental costs.

The flooding of the physical landscape transforms various ecological processes, such as hydrological cycles and species composition. Dams are often built to control the flow rate of rivers, to be directed to agricultural usage, and are also used to generate electricity. The construction of a dam converts free flowing rivers into permanently flooded bodies of water. This environmental disturbance affects organisms that are adapted to specific flooding regimes, leading to changes in local ecology. Dams prevent fish species from migrating upstream, disrupting reproduction cycles. Exotic species such as aquatic plants can quickly colonize newly inundated areas, and restrict water movement and oxygenation, while preexisting ecologies are disrupted. Examples include the disruption of nutrient transfer from marine to riparian ecosystems through migrating salmon (Onchorhynchus spp.), and the spread of new riparian communities and displacement of terrestrial populations. The threat that hydropower developments pose to biodiversity, especially in complex riparian-forest ecosystems in the tropical zone, are potentially very high. These changes also threaten the livelihoods of millions of river-dependent communities that rely on a natural flow regime for subsistence through fishing or agricultural activities.

A variety of factors affect dam storage capacity over time, such as the increased incidence of droughts that are predicted to become more common with climate change. Deforestation in surrounding areas reduces the evapotranspiration capacity of forests, which in turn reduces the amount of water that is cycled as rainfall. Standing reservoirs of water are also subject to increased evaporation, compared to free flowing rivers. As such, dams’ energy generation rates may be compromised by long term reductions in water cycling rates. Read through to learn more about the impact of dams in the Amazon Basin or the Congo Basin.