Around the world, forest regulation and rules are made more challenging by land conversion and alternate land uses of forested areas. The landscapes we see today have been in part shaped by historical patterns of human settlement, cultivation, extraction and abandonment. Today, forests are also cut, converted, or fragmented by human land use patterns, but the dynamics and scale of pressures have changed.

Traditional agriculture practices have historically been blamed for forest degradation throughout the tropics, although more recent examinations show that small- 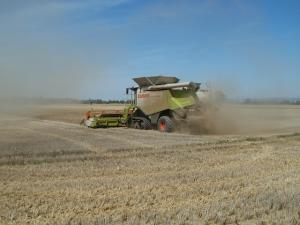 scale systems of slash-and-burn or shifting agriculture can be sustainable when population pressure on the land remains low. However, industrialized agriculture is now coming onto the scene as a major pressure to forestland, with large land demands in some forested regions of the globe, such as the Amazon. Most of this industrial agriculture is driven by global demand for products such as beef, soy and palm oil. Biofuels are another product of industrial agriculture that is generating controversy as to its environmental pros and cons in terms of energy versus food production, climate change, and land conversion. Agroforestry practices generally aim to bridge the gap of agricultural production and forests, by incorporating multi-use trees with crops or livestock in order to generate diversified economic benefits, or address environmental concerns.

Beyond agriculture, land-use pressures on forests also include present-day human settlement and urban sprawl, and resulting in habitat loss and fragmentation of forested landscapes. Similarly infrastructure development, such as roads and dams, have increased exposure of forests to logging, poaching, pollution, contributed to fragmentation, and altered hydrology. Resource extraction, namely mining and drilling, for precious minerals and oil generate significant economic benefits to countries and regions, but are also bring associated infrastructure development, land clearance, and pollution, impacting forest health.

Land use types, scale, and impacts vary widely among forest regions around the world, and patterns of land use continue to shift, as well. Read more about the impacts on forests from land use history, traditional agriculture, industrial agriculture, agroforestry, infrastructure development such as roads and dams, and mining and drilling below. Or, explore the issues specific to individual forest regions.

Butler, R. (2012). The Impact of Industrial Agriculture in Rainforests. Mongabay. Retrieved from: http://rainforests.mongabay.com/0811.htm