In the face of intensifying climate change, and widespread recognition that forests play an extremely important role as carbon sinks, the United Nations Framework Convention on Climate Change developed a policy mechanism intended to “reduce emissions from deforestation and forest degradation,” or REDD+. The “+” represents the sustainable management of forests, conservation of forest carbon stocks, and enhancement of forest carbon stocks, and was added to incentivize countries with historically low deforestation rates to continue preserving forest stocks. The objective of REDD+ is to reduce the net emissions in developing countries because activities such as ranching, land clearing, logging, and infrastructure development have led to extensive deforestation over the past few decades. Studies have estimated that deforestation has contributed approximately 10% of annual global greenhouse gas emissions (3.3 bn tonnes of CO2 equivalent). The IPCC Assessment Report 5 attributes 24% of the global annual GHG emissions to agriculture, forestry, and other land uses (referred to as AFOLU).

The underlying principle behind REDD+ is that developing countries that avoid deforestation, thus reducing emissions, should be rewarded financially with funds 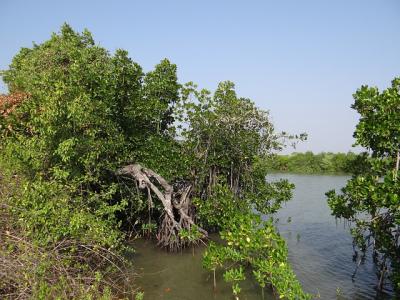 from international sources. REDD+ will be implemented by national governments in a phased approach that begins with the formulation of national REDD+ strategies or action plans. Supplementary activities include the establishment of a robust and transparent forest monitoring mechanism, and determining a base reference level for forest cover and carbon storage. National governments then need to implement policies to further improve capacity of monitoring, reporting, and verification systems to ensure proper carbon accounting and deforestation measurement practices. The final phase would be to implement emissions reductions activities, and to compensate the actors involved based after the emissions reductions have been verified.

Importantly, REDD+ is also meant to provide a range of social and environmental co-benefits. Emissions reductions projects carried out by local communities should theoretically provide those actors with direct monetary benefits, but this system requires clearly defined land rights, which is often not the case in developing countries. Avoided deforestation or shifting cultivation will also lead to local communities or households being economically affected, which also requires compensation from REDD+ funds. Various studies have pointed out the potential “perverse incentives” of REDD+ from the prioritization of carbon storage services for a given forest area over other land-uses, such as biodiversity conservation or livelihood support, which may incentivize land grabbing by powerful actors to obtain carbon rights. Another issue is that of “leakage,” or the displacement of land-use pressures away from high carbon value forests (e.g. forests with high standing biomass) onto other forests with lower carbon valuations. As such, the monitoring, reporting, and verification systems for carbon stocks must be transparent and robust to make sure that emissions reductions in one forest take into consideration the potential negative impacts on emissions reductions elsewhere. 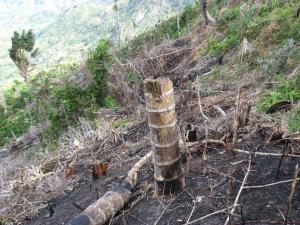 One of the main challenges to successful REDD+ implementation is weak governance capacity in the target developing countries. Poor law enforcement is conducive to illegal logging and forest conversion to other land uses, as well as the abuse of unclear land and carbon rights. Another major challenge is the source of financing, as well as how to distribute REDD+ funds. The proposed mechanism for REDD+ funding is voluntary carbon trading schemes or a potential global carbon market, where a given emissions reduction project would generate carbon credits that could then be sold to an entity (e.g. a company, or a country) that desired to offset its GHG emissions, where each tonne of CO2 equivalent would represent one carbon credit. The way in which emissions are calculated is also under dispute. Some researchers point to the ability to change baseline emissions scenarios as a potential source of overestimating emissions reductions, as the actual emissions reductions are calculated against hypothesized baseline emissions scenarios. It is clear that REDD+ implementation requires many improvements in governance and monitoring capacity, an improvement in social and environmental safeguards, and a clear formulation of fund distribution systems. Read through to learn more about REDD+ in the Amazon Basin, and the Congo Basin. To learn more about REDD+ benefit sharing mechanisms, the Forests Dialogue has investigated four countries’ REDD+ implementation plans to identify effective, efficient, and equitable REDD+ programs.