Protected areas are regions or zones of land or sea that are reserved for purposes of conserving nature and biodiversity. These areas serve a broad range of functions including scientific research, protection of wilderness, preservation of biodiversity and species protection, safeguarding environmental services such as watersheds, maintenance of specific cultural sites and natural features, education, tourism and recreation.  Protected areas are often considered to be the “cornerstone” of conservation strategies, and the most important units for in situ conservation of natural areas. 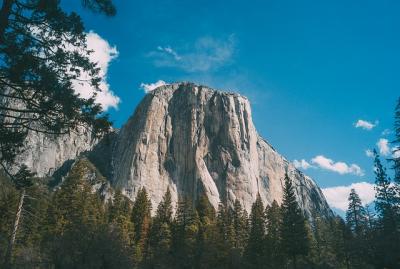 The concept of protected areas is far from new, however. Land has been set aside by communities and rulers around the world for cultural value, religious reasons, and resource management purposes for centuries. The commonly-cited beginning of a “modern era” of protected areas occurred in the 19th century, with the formation of Yellowstone National Park in the United States. Over the last century under increasing recognition and concern for biodiversity loss there has been a marked expansion of protected areas over a variety of biomes and habitat types, and international recognition of protected areas as a policy tool for conservation. While early protected areas were established principally for purposes of wilderness preservation and recreation, the International Union for the Conservation of Nature (IUCN) has more recently described protected areas as “clearly defined geographical space, recognized, dedicated and managed, through legal or other effective means, to achieve the long term conservation of nature with associated ecosystem services and cultural values,” incorporating additional values such as cultural and resource use. These areas can include national parks, strict nature reserves, managed resource protection areas, among others. Across the globe today, there are more than 100,000 protected areas occupying over 12% of land surface.

The 2003 World Parks Congress identified four types of governance concerning protected areas today: state governance, private governance, community governance and shared governance.  Under state governance, conservation objectives are set at a national level, resources are under direct ownership of the government, and management is generally delegated to the sub-national government, but sometimes delegated to private managers, NGOs or local communities. Land owned by individuals, cooperatives, corporations or NGO’s can be designated as protected areas as well for economic or conservation objectives, whereby actors or owners of the land determine objectives and management practices with little need for public accountability. This type of protected area has increased in recent years, due to increased government incentives, charitable contributions from NGO’s and increased role of corporate responsibility. Protected areas under community governance, also known as Indigenous and Community Conserved Areas (ICCAs) are managed for ecological, economic, and cultural reasons by local communities and indigenous people, often with limited government recognition or authority. Lastly, shared governance or “co-management” can involve a variety of stakeholders including government, NGOs, local communities or the private sector, with different levels of involvement in decision-making and responsibility. 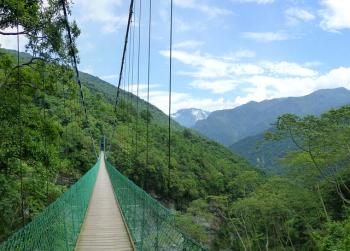 Of the world’s various habitat types, between 11 and 23% total area of each of the world’s temperate, tropical and boreal forest biomes are in protected areas. Terrestrial habitat types with the greatest percentage of area in protected areas are tropical moist forest (23%), sub-boreal shrubland (19%), polar & high-altitude desert (18%) and wooded savannah (17%). Whether these areas are effectively protected by the laws and rules established to protect them can be sometimes be hard to discern, however. Some areas that are designated as “protected”, such as in the Amazon and the Congo, would likely remain untouched de facto; due to their inaccessibility (remote or steep mountainous areas) they are unlikely to be exploited or converted. Other areas, however, such as the South American Atlantic coast and West Africa show sharp contrast between the land cover of the protected areas and surrounding landscapes, suggesting that laws and protected area enforcement are effectively what is maintaining forest cover of these areas.

Protected areas are generally considered effective in preventing deforestation, but the level of their success is mixed depending on a variety of factors including financing, stakeholder involvement, and governmental power. There has been some debate over the governance and implementation of parks in relation to local stakeholders. Overall this is considered as weighing on a spectrum between excluding people to better preserve natural features or incorporating social needs and livelihoods to create a more equitable, sustainable protected area (due to increased community participation leading to a higher likelihood of park rules being followed). One study (Hayes 2006) examined the impacts of government-implemented parks versus other community-designated protected areas across various ecological zones around the world and concluded that there was no difference in vegetative density between the two, suggesting that locally made and followed rules can be as effective as legal definitions of protection.

Threats to protected areas, limiting their effectiveness, include removal of specific resources or species (such as bushmeat hunting), degradation due to land encroachment, pollution or poaching, land conversion (such as for industrial agriculture or from logging), and isolation of protected areas (due to land conversion in surrounding areas which limit the effectiveness of habitat and migration potential for numerous species). Additionally, studies have found many parks and protected areas to be chronically underfunded, frequently receiving insufficient funds needed to adequately govern and enforce protected area regulations.

Overall, protected areas are a central part of today’s conservation strategy for forests and other ecosystems, and they can play an important role for economic and cultural resources in many parts of the world as well. These areas face challenges, however, and in some cases their effectiveness is limited due to weak governance, insufficient funding, or external pressures from land-fragmentation and conversion. Learn more about protected areas in the Congo and the Amazon here.

IUCN. (n.d.) What is a Protected Area? Retrieved from: https://www.iucn.org/about/work/programmes/gpap_home/pas_gpap/