Roads in the Congo basin 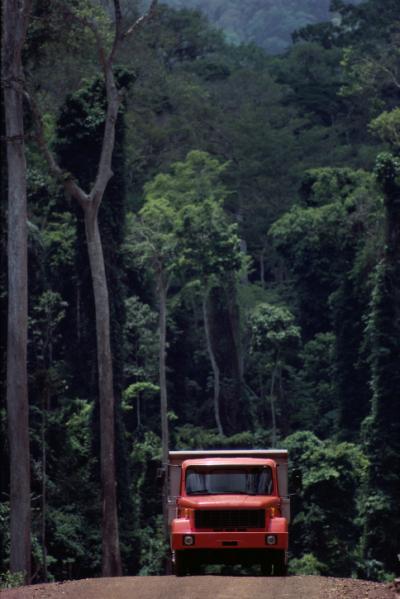 Roads, dams, and other forms of infrastructure play a significant role in the forests of the Congo basin by facilitating access for farmers and new forms of land use.  Studies around the world find that the vast majority of deforestation occurs in close proximity to roads. The recent decades of poverty and violence have suppressed infrastructure investment in the Congo basin compared to the Amazon basin, a factor that likely contributes to low deforestation rates. Especially in the DRC, the World Bank reports sparse road coverage and poor quality; the rail network is similarly poor and disconnected. However, new projects are proposed as global investors turn to Africa. In 2007-2008, China and the DRC announced a $9 billion deal that would provide loans for thousands of miles of highway and rail in exchange for copper and cobalt. In the larger context, fast growth and Africa’s demographics are making it prime for investment, much of which will focus on infrastructure.

Although lacking major highways, roads cross through much of the Congo Basin. By the late 1990’s, more than 40% of the forests of central Africa were within 10 km of road and 90% within 50 km of road. Transportation is one of the greatest costs in forestry, and logging concession holders spend significant resources to build and maintain access roads. Much logging in central Africa in past years used river transport, but have increasingly turned to roads. A study in Science identified extensive networks of logging roads throughout the Congo Basin but especially in the intensively logged countries of Gabon, Cameroon, and Republic of Congo. The northern Republic of Congo was also home to the fastest growing network of road. As described in the page on bushmeat hunting, logging roads often have a detrimental effect on wildlife by drawing in new settlers and poachers. In the longer term, improved road access reduces transportation costs, making agriculture, logging, and mining activities more profitable.

The Economist,. (2013). The hottest frontier. Retrieved, from http://www.economist.com/news/finance-and-economics/21575769-strategies-putting-money-work-fast-growing-continent-hottest