History of Settlement in the Congo Basin

Human history in the Congo basin is defined by their relationship with forests and savannah woodlands. As ancient hominids moved out of the forest and developed an upright posture to see over the tall grass, the human race was born in central Africa. Throughout the Congo basin, small patches of savannah are observed together with prehistoric human settlements and are thought to be remnants of intentional burning. Charcoal remains from other forest areas indicate crash or abandonment of human settlements and subsequent forest colonization. Interestingly, many of these areas of rich soil have been home to dense populations of African mahogany. Most of the Congo rainforest has traditionally been home to forest dwelling hunter-gatherers and Bantu agriculturists.

Also within the forested landscape of Central Africa, native populations have practiced shifting cultivation for thousands of years; many of the tribes practicing shifting cultivation derive from the Bantu people, originally from West Africa. In many places in the Congo basin, populations of agricultural people have risen and fallen concomitant with the flux of forest and savannah ecosystems. In times of increased population, forest area receded as human populations set fire to maintain savannah and hunt, while in times of decreased population, either due to famine, disease, war, or climatic conditions, forests often expanded. For more about historic forest use, see the traditional people page. 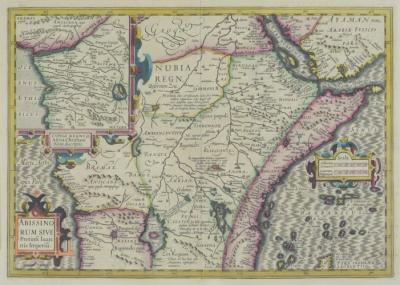 The kingdom of Kongo ruled the area of the mouth of the Congo River from the late 1300s until the 1800s. In the later centuries of the kingdom, it was partially subjugated to rule by Portugal (Angola, immediately to the south, speaks Portuguese). Other European settlements resided largely on the fringes of the Congo basin- West Africa and East Africa were home to British colonies, and French Equatorial Africa was based in Brazziville – Kinsasha, just to the north of the Portuguese. The dense forests of the central Congo basin were rarely explored until the wave of British explorers in the mid 1800s: David Livingston, Richard Burton, Henry Morton Stanley, and others. However, while Britain focused their colonial empire on other parts of the world, a Belgian monarch became the most interested in the Congo basin. Through successful diplomacy and negotiation, King Leopold of Belgium won control of the Congo region under the Conference of Berlin in 1885. Seeking to establish a colonial empire, Leopold established the ironically named Congo Free State to exploit ivory, natural rubber, and other natural resources. The brutal conditions of his reign led to international outcry, and the region was annexed by the government of Belgium, and governed as the Belgian Congo from 1908 until 1960. Rulers in the Belgian Congo expanded the trade of rubber from plantations of Brazilian rubber trees. Oil palm was also an important commercial product since the beginning of the Belgian Congo; Unilever Company’s soap production began with oil palm sourced from the Congo basin. Most of Africa gained independence in the years following World War II; nations of central Africa were granted independence from France and Belgium in 1960.