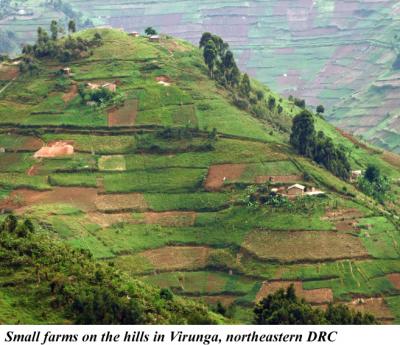 As the largest country in the Congo basin, forest governance in the Democratic Republic of Congo is challenging. 100-120 million hectares of the country are dense forest; savannah forest also covers a large area of the country. Protected areas cover 26 million hectares, and designated protection forests cover 15 million hectares. Deforestation has traditionally been low due to poor road access.

Colonial history, weak central government, poor infrastructure, and large and diverse area, all contribute to weak central governance in the DRC. Shortly after independence in 1960, General Mobutu seized power, named the country Zaire, and began a rule that would last several decades. Plantations of rubber and oil palm declined, the economy eventually collapsed, and Mobutu was overthrown in civil war in 1997. Laurent-Désiré Kabila took power, and attempted to control the influence of Rwanda in the mineral rich area of eastern Congo, but civil war broke out again, with several other Central African countries joining in. Competition for natural resources such as diamonds, timber, and ivory spurred on the conflict. Kabila was assassinated in 2001, and his son, Joseph Kabila assumed power. Although a peace treaty was signed in 2003, violence has continued, especially in the northeastern Goma region; Kabila continues in power after winning elections in the DRC.

During the civil way, the government, with the aid of the World Bank, halted forest concessions and created a new forest code in 2002. Some prior concessions have been converted to the new forest code, although observers have criticized this process for a general lack of transparency. Moreover, the new code distinguishes different forest users, and classifies private loggers as industrial loggers with concessions and artisanal loggers without concessions. Artisanal logger can obtain permits, but the process is slow and costly, and very few have secured permits so far. New voluntary partnership agreements for timber trade with the European Union are in process to stem the flow of illegal timber, but the process has been criticized as costly for artisanal loggers.

At the same time, the DRC has been actively involved in development of national REDD+ strategies with the UN and the World Bank, as well as several pilot projects. The DRC REDD program was approved by the World Bank’s Forest Carbon Partnership Facility in 2010, activities in DRC and the Congo basin countries include the development of national strategies, creation of committees and working groups, identification of stakeholders, creation of reference forest carbon levels, and implementation of monitoring systems. 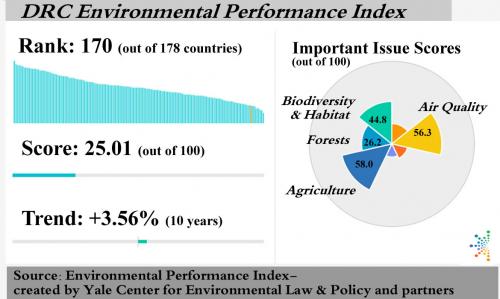 Finally, central to the issue of forest governance in the DRC is land tenure. In DRC, as in most of the Congo Basin countries, the state claims land tenure over all forest land. At the same time, most forest land is inhabited by local peoples, either sedentary or nomadic, and these groups often claim customary or traditional use tenure. Land tenure issues are central to REDD+ and other payment for environmental service programs. Because of the formal – customary tenure duality, the DRC has introduced carbon rights agreements and a fiscal system into contracts for REDD+ investment. Many conservation advocates work to facilitate land tenure of forest communities in the Congo rainforests; some of this work is coordinated with REDD+ strategies.

Greenpeace (2007). Carving Up the Congo. Retrieved from http://www.greenpeace.org.uk/media/reports/carving-up-the-congo

Lawson, S. (2014). Illegal Logging in the Democratic Republic of the Congo. Retrieved from http://www.chathamhouse.org/publications/papers/view/198642

The Rainforest Foundation. (n.d.) Mapping for Rights. Retrieved from http://www.mappingforrights.org/ 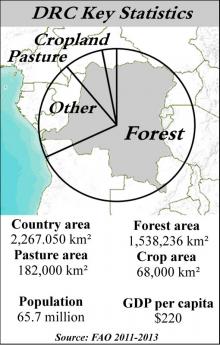