Agroforestry in the Congo basin

In heavily populated forest landscapes such as much of Central Africa, agroforestry systems can be an effective means to ensure rural livelihoods while maintaining forest cover and biodiversity. Significant research and capacity building is focused in the Cameroon highlands, where local farmers often plant small plots of coffee and cocoa, but with low yields and subject to volatile market fluctuations. Studies have found that coffee and cocoa farms retain a great diversity of native tree species, but that the diversity is often lost in farms closer to urban areas and roads. Researchers from the World Agroforestry center have surveyed farmers in Cameroon and West Africa and found that they preferred planting indigenous fruit trees, but that little scientific information was available for improved varieties of these species, thus providing an impetus for capacity building in agroforestry production. 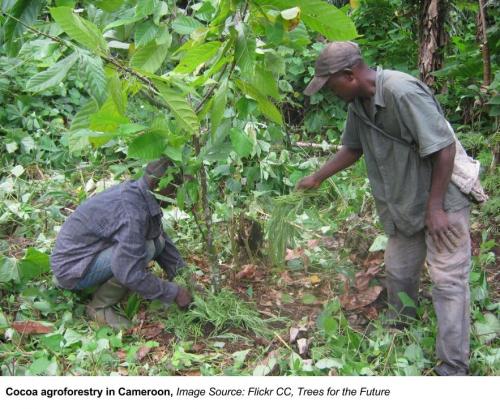 An important component of agroforestry in the Congo Basin is selecting valuable fruit trees that can produce high yields. Much of this selection is done through a process known as participatory domestication, where researchers work with communities to select varieties and adapt them for local use. Tree cultivation is often done through vegetative reproduction, using techniques such as air layering (marcotting), cuttings, and grafting, which allow greater selection of desirable traits than simple seed planting. Desirable traits for agroforestry species include not just size and taste, but also fast growth and fruiting, and uniform fruit size.

Experience has shown that tree domestication and cultivation is only one component of successful agroforestry; market economics are also crucial. Capacity building programs and microcredit assist landowners to obtain storage facilities in order to be able to provide more constant product supply throughout the year as well as more efficient technology to process fruits and nuts. The World Agroforestry Center (ICRAF) is based in Kenya and works regionally throughout the world; one of their focus areas is based in highlands of Cameroon. Read more about agroforestry systems in Central Africa on ICRAF’s webpage and blog.

Yale FES graduate Laura Snook  (Phd ‘ 93) is a scientist with Biodiversity International, and works on forest genetic diversity. In Africa, her team finds that biodiversity is a vital contributor towards food security, medicines, and multiple other human benefits. Read more. 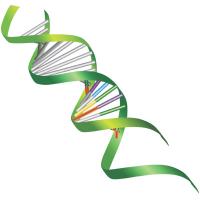