Forest Certification in the Boreal

They account for the majority of the world’s certified forests. Two forest certification programs dominate the market for certified 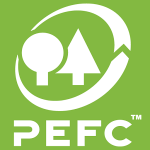 Differences in certification among countries are due to interacting economic and political factors. Benjamin Cashore, Graeme Auld, Deana Newsom and their collaborators have developed a comprehensive theory of “non-state market-driven governance”. This theory states that forest certification adoption patterns are the result of several interacting groups of factors, including national roles in the global forest economy, structure of domestic forest sectors and the history of forest policy on public policy agenda.

Common among boreal forest countries, namely Canada, Russia, Sweden & Finland, is their dependence on foreign demand for timber. As a result, these countries are responsive to foreign demand for certified timber. Through market-based campaigns, environmental groups, such as Greenpeace, have targeted printing companies and retailers in various countries, including large corporations in the USA, the UK and Germany. In response to these pressures from environmental activists, a number of large corporations declared their preference for certified wood. As a result, many Canadian, Russian, Swedish and Finnish forest companies adopted forest certification. Nevertheless there are systematic differences across countries as to which certification program companies use to certify their forest management and chain of custody. 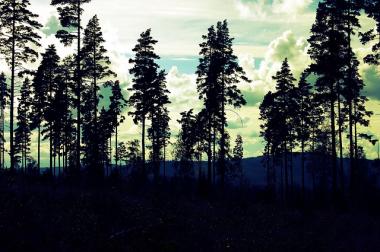 In Russia, the forest industry also responded to demand from international buyers and pressures from international and domestic environmental groups. In the 1990s and 2000s, large multinational forest companies purchased manufacturing facilities and acquired forest management licenses from the federal government for large forest areas. Several of these companies imported certification practices as a part of their global sustainability policies. FSC has come to dominate certification in Russia because of environmental groups’ advocacy and their early efforts to support the operation of the FSC certification program in the late 1990s and early 2000s. In contrast to other countries, local industries, industry associations and state agencies were unable to quickly create a working national certification program that could compete with FSC. PEFC Russia achieved accreditation in 2009, but lags behind FSC significantly in terms of the certified area (see Table 1).

In Canada, certification adoption patterns vary across the country depending on economic and political factors  at the provincial level. For instance, in Ontario in 2008, 42% of the total certified forest area was FSC certified; 28% and 30% were CSA and SFI certified respectively. In contrast, in British Columbia in 2008, only about 0.6 million ha were FSC certified, out 51.5 million ha of total certified land. The FSC certified areas in Ontario are managed by two large companies – Domtar and Timbec – that support this certification program. In British Columbia, one of the causes of the industry’s greater preference for CSA and SFI programs was heated controversy over the FSC regional standard for British Columbia, where representatives of the timber industry felt that a number the standard’s requirements were excessively stringent, and too difficult and too costly to implement.

Most research on forest certification impact in boreal countries suggests that certification has generated improvements in companies’ forest management systems, including systemic changes and changes in on-the-ground practices. Megan Masters, Anna Tikina (M.F.S. ’01), and Bruce Larson (M.F.S. ’78) analyzed CSA, SFI and FSC audit conditions in Canada and concluded that FSC audits are likely to generate more changes in environmental, social and economic practices whereas PEFC-accredited SFI and CSA are likely to lead to changes in forest management systems and aquatic ecosystems management. WWF Austria analyzed forest audit conditions in six European countries, including Russia and Sweden. This analysis concluded that in Russia the protection of endangered species and conservation of high value forests, including intact forest landscapes, received considerable attention of auditors and companies. Additionally, certification gave attention to social issues, including relations with stakeholders and local communities and occupational health and safety for forest workers. However, social scientist Maria Tysiatchniouk points out that the social requirements of certification, including involvement of forest-dependent communities in forest management, planning, and benefit-sharing, receive significantly less attention in Russia than ecological and systemic aspects. 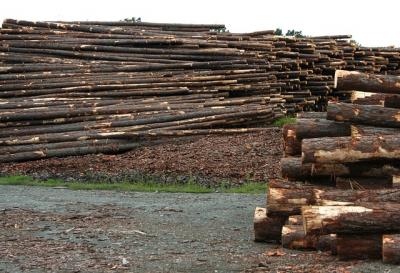 Malets, O. (2013). The Translation of Transnational Voluntary Standards into Practices: Civil Society and the Forest Stewardship Council in Russia. Journal of Civil Society, 9(3), 300-324.

WWF Austria. (2005). The effects of FSC-certification in Estonia, Germany, Latvia, Russia, Sweden and the UK: An analysis of corrective action requests. Retrieved January 18, 2015, from http://wwf.panda.org/?18510/The-effects-of-FSC-Certification-in-Estonia-Germany-Latvia-Russia-Sweden-and-the-UK-Summary-report-country-reports