History of Settlement in the Amazon Basin

From rubber to palm trees, the forests of the Amazon basin have shaped human history. Long before timber, medicine, and exotic birds brought Europeans to the Amazon, indigenous peoples lived on the forests for millennia. 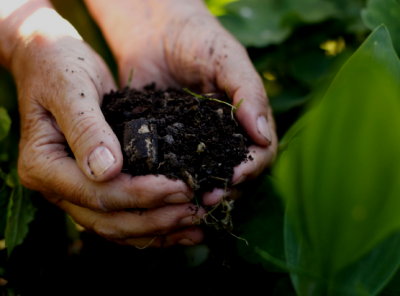 Over the past several decades, evidence has indicated that indigenous populations in the Amazon basin may have been very large, in the millions. Pottery fragments, stone points, and fertilizer remains have indicated multiple areas to be approximately 10,000-11,000 years old, comparable in age to many North America sites.  Most research agrees that indigenous  populations concentrated along rivers and farmed “terra preta” soil, maintained with fire and fertilizer. At the mouth of the Amazon River in Brazil, Anna Roosevelt was one of the first to discover ancient Amazon inhabitation. Elsewhere, remains have been found along the Xingu River, the Andes, and in the Bolivian Beni region. Debate continues on the exact numbers of population, as some contend that intensive land use was restricted and that interior forest areas were lightly impacted. Read more at Nature News.

Regardless of the exact number of the pre-historic Amazon population; the landscape met an abrupt shock in the early 1500s, at the height of the Incan empire. At the headwaters of the Amazon basin, the Incas were based in Cusco, Peru, but also spread into the Amazon lowlands. After Pizarro’s conquest in 1532, Francisco Orellana explored the great river of South America in 1541 and 1542, naming it after the Greek warriors Amazonas. Although Orellana noted numerous and advanced tribes living along the riverbanks, populations were in decline from diseases that had been introduced decades earlier by the first Europeans. By the time settlers began to further explore the Amazon basin, a century later, the interior Amazon forests seemed a virgin, uninhabited forest.

After discovery, gold and precious metals attracted settlers to the region. The Spanish based settlements on the Pacific and the Portuguese on the Atlantic, while the French, Dutch, and English built settlements in the Guyana region. Many explorers searched the Peruvian and northern Bolivian Amazon for El Dorado, the lost city of the Incas where the rulers could have hid gold after initial attack by the Spanish (see recent news about the archaeological expedition). Many of the few surviving indigenous were forced to work in mines such as Potosi and agricultural haciendas, usually through forced labor systems such as encomienda or mita.

Haciendas and mining did not always reach deep into the Amazon basin, but the rubber boom, beginning in the mid 1800s, did. The rubber tree, or Para rubber (Hevea brasiliensis) is native to the Amazon basin and grows in the mid-story of lowland rainforest. Rubber was used by native peoples, but only became popular worldwide with the advent of vulcanization, the process of heating rubber and adding curatives to make the product more stable. In combination with the automobile, the rubber boom affected the Amazon greatly until the turn of the 20th century. Manaus grew quickly into a booming and opulent metropolis, and economic riches followed, but the rubber boom also led to enslavement and near genocide of numerous groups of indigenous peoples. Brazil dominated the international rubber trade. Soon however, in an act of true international espionage, British botanists in 1875 smuggled rubber seeds to plant in their colonies in Asia, and after a few decades, most production shifted to Malaysia and Sri Lanka. Today, most world production remains in Asia, although extractive rubber reserves form an important component of the conservation landscape in Brazil and Bolivia. Explorers such as Theodore Roosevelt and Percy Fawcett failed, as did settlements such as Henry Ford’s Fordlandia.

During the centuries of rubber boom exploitation, however, did not lead to large scale land clearing. Only after the 1950’s did South American countries finally invest in settlement of the remote parts of the region. Highways opened up access into the region; other development projects included dams and mines such as the Carajas iron mine in the Brazilian Amazon state of Para. Additionally, many countries sponsored state driven resettlement programs to encourage colonization of the rainforest frontier. Brazil’s Polonoroeste translocated settlers from the populated south; similar program in the Andean countries encouraged settlement from the highlands into in the Amazonian lowlands. See land use – cattle ranching, soy, and more.

Barlow, J., Gardner, T. A., Lees, A. C., Parry, L., & Peres, C. A. (2012). How pristine are tropical forests? An ecological perspective on the pre-Columbian human footprint in Amazonia and implications for contemporary conservation. Biological Conservation, 151(1), 45-49.

Rubber in the Amazon

Rubber brought thousands of settlers into the Amazon basin for the first time in the modern era, severly impacting indigenous populations. Today, rubber reserves are managed as part of the conservation landscape in the Amazon forest. 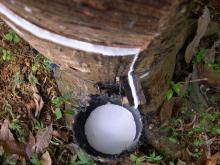