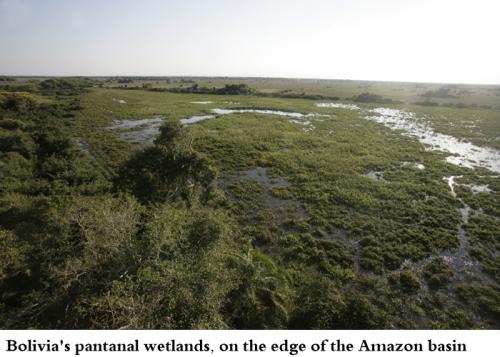 Bolivia contributes 6% of the total area of Amazon forest. Bolivia’s population is largely based in the Andean region, and the lowland rainforest in the north of the country has only recently been settled and developed. Transitioning between the Amazon forest and the Andes highlands are the Yungus, or montane forest. Also in northern Bolivia is the Beni wetland – savannah complex; the northeast of the country is covered by the Chiquitania seasonal forest and the Cerrado grassland, and the east by the Pantanal wetlands.

In Bolivia, the Amazon region has traditionally been sparsely settled and home to rubber tappers. In this system, known as barraca, landowners held properties and laborers collected the rubber and Brazil nuts. In the 1990s, as use for rubber and Brazil nut declined, the government established timber concessions and indigenous reserves, as well as rural communal lands available for local user groups. However, many times these land claims overlap, creating tenure instability, and forest users continue to harvest timber from areas that are not yet designated. On top of this, in recent decades settlers from the highlands have colonized the Amazon region of Bolivia and brought cattle ranching. Cattle ranching is the dominant deforestation driver, as intensive agriculture is limited by poor road access and low soil fertility. This area has also been promoted as a development priority by the Bolivian administration. In the eastern seasonal forest however, lowland areas surrounding Santa Cruz were originally developed for sugar cane, and have recently seen rapid growth in large scale soy agriculture. This region has greater transportation infrastructure and has seen increased levels of deforestation over the past several decades. Protected areas are found to be effective against large scale agriculture but not against small holder deforestation and cattle ranching.

Before 1996, forest concessions in Bolivia were regulated by the presidential administration. Concessions were often short, of 1-5 years, lacked long term forest management plans, and were difficult for local groups to obtain. Most harvests focused on the high value species mahogany, Spanish cedar, and roble (Amburana cearinsis). The forest movement led to the establishment of a forest concession system in 1996, while at the same time devolving significant amounts of local control to municipal governments. The forest regime of 1996 established long term concessions open for bidding, requirement for forest management plans, fees per land area as opposed to fees per cut timber, and a decentralized state forestry institution. At the same time, several indigenous groups and local user groups gained access to forest land, but these were often subject to overlapping claims, and only a small portion of the lands claimed have been federally recognized. Similarly, the forest regime allowed establishment of municipal forest reserves, although many of these are located in areas that have already been high graded of commercial timber species. 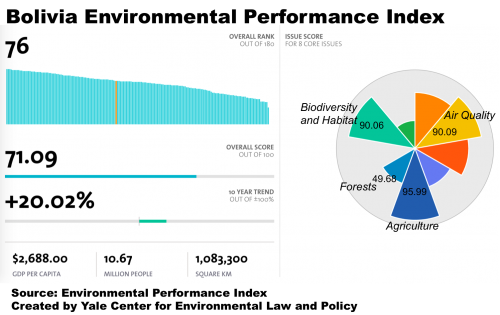 FSC certification has been strong in Bolivia. Researchers argue that certification is aided by the forest governance regulations requiring management plans and annual harvest plans, as well as enforcement control mechanisms. However, certification is also criticized as costly and frequently subsidized by outside organizations and ineffective against larger deforestation trends in the country.

The international community has been heavily involved in Bolivia’s forest sector even before the reforms of the 1990s. The first debt for nature swap was created in 1987 when Conservation International purchased outstanding debt from the government of Bolivia in exchange for protected area designation of the Beni biosphere reserve. In 1997, the Nature Conservancy created the Noel Kempff Mercado Climate Action Project as a type of REDD+ pilot project. In the project, timber concession holders and local landowners were bought out and provided with alternative livelihoods programs, and the avoided deforestation was quantified to generate carbon reduction credits for American Electric Power and other energy companies. A significant environmental issue in the Noel Kempff project is leakage, where the deforestation is shifted outside of the project area into surrounding forest areas that are not included in the project. The Noel Kempff project estimates a range of leakage in its project documents, but has been criticized for failure to account for all of the potential leakage.

Ebeling, J., & Yasué, M. (2009). The effectiveness of market-based conservation in the tropics: Forest certification in Ecuador and Bolivia. Journal of environmental management, 90(2), 1145-1153. 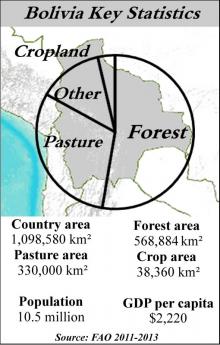 Northern Bolivia is home not only to Amazon forest but also an incredible landscape diversity of dry forest, grassland, and wetland. The Beni wetlands are home to hundreds of bird species, including the rare blue throated macaw, as well as the Orinoco goose, recently discovered as a long distance Amazon migrant.