Other ecoregions of South America

Outside of the Amazon region lies an amazingly diverse mosaic of habitat types, including the rainforests of the Guyana shield in the north, the dry Caatinga along the northeastern coast of Brazil, the Atlantic Forest and Cerrado grassland in the southeast, the Pantanal wetland in the south, the Chiquitano dry forest and the Beni savannah of Bolivia in the south (see map below), and the tropical Andes in the west.

The Guyana shield is an ecoregion in northern South America that is unique from the Amazon basin due to its distinct geological history. The shield is located in Guyana, Venezuela, and smaller portions of Colombia and Brazil. Separate from the Amazon basin not by geology rather than hydrology, the shield forms the southern basin of the Orinoco River, flowing into the Caribbean Sea, as well as part of the northern basin of the Amazon River. In the central area of the Guyana shield, highlands form the exposed bedrock of the tepuis and the spectacular waterfalls such as Angel Falls. The forests of the Guyana shield are largely intact, as the remoteness of the region protects its forests from intense deforestation. Read more about the Guyana shield at guyanashield.org and Iwokrama.

Caatinga is a dry shrubland in the northeast coast of Brazil, around the states of Bahia and Ceará. Plants common to the Caatinga habitat include bromeliads, legumes, cacti, and other succulents. The Caatinga is an economically poor area of Brazil and subject to habitat threats of cattle ranching and small scale agriculture.

The Mata Atlântica, or the Atlantic coastal forest, is located in southeastern Brazil, reaching into small portions of Paraguay, Uruguay, and Argentina. The coastal forest, located in the densely settled coast of Brazil, is one of the most critically endangered ecosystems in the world, with approximately 7% of native forest area remaining. Because the Atlantic forest is geographically isolated from the Amazon basin, it contains an extremely high concentration of endemic and unique species. Due to its high biodiversity and extensive habitat loss, the Atlantic forest is recognized as a hotspot of global biodiversity.

The Cerrado is a vast savannah located to the south and east of the Amazon Basin, occupying 20% of the land area of Brazil. Although the Cerrado does not contain the dense rainforest of the Amazon basin, it is the largest savannah in South America, approximately three times the size of Texas, and is home to more than 10,000 species of plants, perhaps 44% of them endemic. The Cerrado is seasonal and receives 800-1600 mm of annual precipitation, creating a savannah woodland habitat with extreme temperature variation from day to night. Because of the shrub grassland habitat mosaic and the nature of cattle ranching, exact estimates of remaining natural habitat varies; some studies have estimated 20% of their original biodiversity hotspot designation, while other studies estimate 44%. Less than 5% of the Cerrado is designated as protected area. 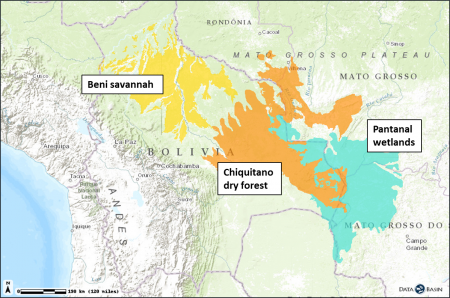 The Pantanal is a large wetland area forming the floodplain of the Rio Paraguay. Lowland areas in the Pantanal are dominated by wetland grasses, while higher areas transition into the grassland of the neighboring Cerrado. The Pantanal has fewer endemic species than other ecoregions of South America, due to its recent glacial history, but nevertheless provides valuable wildlife habitat for hundreds of species of birds and other animals. The habitat of the Pantanal is relatively intact, but faces continuing threats from hydrological modification and pesticide runoff from neighboring agricultural lands.

The Chiquitano dry forests are located primarily in northeastern Bolivia, forming a transition between the Amazon basin and the dry Andes and Chaco grasslands to the south. The Chiquitano forests receive approximately 1,000 mm of annual rainfall, but it is highly seasonal. Well drained forests have an uneven canopy of 20 meters, with common species such as Amburana cearensis (roble), and Cedrela fissilis (cedro). The Chiquitano is floristically similar not to nearby Cerrado but to the Caatinga region in northeastern Brazil, likely due to glacial history.

Similarly, the neighboring Beni Savanna forms a transition between the Amazon basin of the north and the dry Andes of central Bolivia. The Beni receives more rainfall than the Chiquitano dry forest; the habitat is dominated by grassland savannah interspersed with islands of forest. Both the Beni and the Chiquitano ecoregions are relatively intact habitats, but conversion threats include cattle ranching and soy development.

The Tropical Andes montane forests are another one of South America’s biodiversity hotspots, stretching from Colombia through Ecuador and Peru and into Bolivia, where they are sometimes called yungas. Like the Amazon basin, the tropical Andes are comprised of a mosaic of habitat, as steep mountains dramatically alter precipitation patterns. Ridges usually contain moist forest while valleys are drier; high altitude areas in the northern Andes are wet páramo grassland while southern mountain areas in Peru and Bolivia are drier puna grassland. The elevational gradient and range of habitat conditions makes the tropical Andes perhaps one of the most biodiverse regions of the world, with an estimated 45,000 species of plants and 1,700 species of birds. Diverse groups of plants include orchids, bromeliads, palms, and various other groups of epiphytes; an estimated half of all species in the region are endemic. Birds include hundreds of species of hummingbirds and tanagers, and dozens of species of parrots, to name just a few.

The Andes have been settled for thousands of years; they were home to the Incas, and following colonization, most European settlement focused in the highlands as well, building cities such as Bogota, Quito, Cusco, and La Paz. Agriculture in the Andes traditionally focused on the potato, native to the region with thousands of planted varieties, as well as other crops such as quinoa, amaranth, and root vegetables such as maca, oca, ulloco, and arracacha. Agriculture in the region continues to utilize these crops, as well as coffee and cattle ranching. Approximately one quarter of native habitat in the Andes remains, some located in protected areas such as Manu National Park in Peru and Madidi National Park in Bolivia. Secondary forest habitats created from land abandonment, and agroforestry play an important conservation role in the Andes.

For more information about ecoregions, see– Encyclopedia of Earth–Brazil and WWF

Deforestation is not just occur in the Amazon Basin; some of the most dramatic areas of land use change in South America include the clearing of the Cerrado grassland and forest recovery in the northern Andes. See a recent article in Biotropica about Deforestation and Reforestation in Latin America. 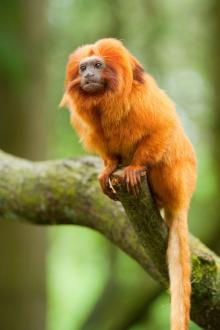 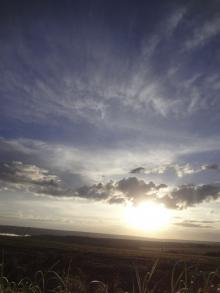