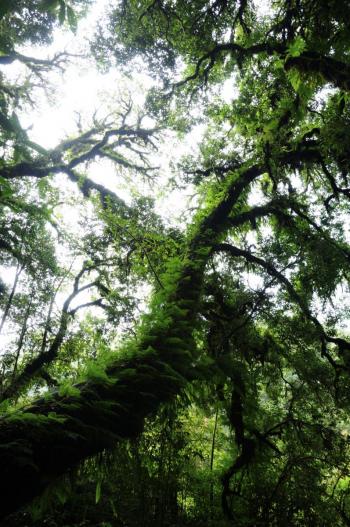 Many conservation initiatives in the Amazon Basin are payments for ecosystem services, where communities, indigenous groups, private landholders, and governments receive compensation for economic services provided by their tropical forest. The REDD+ mechanism is one example of a payment for ecosystem services, but other variations and examples exists.

In Brazil, sales taxes and oil and gas royalties are often used to finance protected areas. Another program is Bolsa Floresta, a payment for ecosystem services program in the Brazilian Amazon state of Amazonas. The program requires that participants attend a training course and enroll their children in school in order to qualify for payments. Bolsa Floresta, established in 2007, is similar to the model developed in Bolsa Familia, a social welfare program also of the government of Brazil. Many of the communities in Amazonas targeted by the Bolsa Floresta program are indigenous living in protected areas and extractive reserves. Bolsa Floresta includes payments to individual families, in addition to programs of community organization, social benefits, and alternative income projects. Bolsa Floresta holds an endowment fund, managed by a public private partnership Sustainable Amazonas Foundation (FAS). The endowment is funded by the government of Amazonas and Bradesco, a Brazilian commercial bank, and has attracted additional private donors as well (see TEEB case and REDD desk summary).

Recently, many waterfunds for regional conservation projects have become popular, especially in the Andes – Amazon region. These typically include local government and NGO collaborations and focus on watersheds for drinking water. One of the most studied examples of this project type is the water fund of Quito, Ecuador, sponsored by USAID, The Nature Conservancy, and the municipal water company of Quito. These payment for ecosystem services programs typically use some form of city water tax in order to fund conservation and reforestation activities in the páramo and forested watersheds of the Andes that supply drinking water to the downstream urban populations; some are located in large cities such as Quito while others are in small cities such as Pimampiro in northern Ecuador. The success of early programs such as FONAG have encouraged other programs in other major Andean cities including Loja and Cuenca in Ecuador and Cali, Medellin, and Bogota of Colombia. The FONAG program in Quito is the largest and has been operating since 2000, and reports to have reforested approximately 2,000 ha of land in the last few years. Active restoration plantings are only one component of the water fund activities along with conservation, livelihood programs, and passive restoration. In Quito, Cuenca, and Bogota, much of the target watershed areas lie in high altitude páramo ecosystem, while Loja, Medellin, and Cali watersheds are located in lower elevation montane forest. The Nature Conservancy is a key promoter of these water funds, often with collaboration of a local NGO, local government or water utility, and sometimes a large industrial water user such as a brewer or bottler. Descriptions of several water funds in South America can be seen at watershedmarkets.org; also see an article about waterfunds in the Andes by F&ES alum Silvia Benitez (MEM ‘00).

Ecuador’s Socio Bosque program is a different form of payment for ecosystem service. In this program, started in 2008, individual landowners, communities, and indigenous groups can receive payments in order to maintain forest cover. Landowners receive $30 per hectare per year for the first 50 hectares of their land, and smaller amounts for larger sized parcels. The program is different from REDD+ in that it only uses national level financing, and that land enrolled for payment does not have to indicate a deforestation threat.

Payments for ecosystem service programs can be challenging for several reasons. Many programs have high transaction costs, and have difficulty providing funding sufficient to discourage forest conversion. PES is often found to be more successful in areas of low opportunity costs (mountainous areas such as the Andes), degraded pasture lands, but less successful in areas of high opportunity costs (oil palm and soy plantation in lowland Brazil). In general, land tenure and enforcement need to be in place for payments to be effective. Numerous NGOs and other conservation advocates work on payments for ecosystem services in the Amazon basin.  Read more about PES in Brazil at Ecosystem Marketplace and CIFOR.

In montane forest of Bolivia, a unique payment for ecosystem services program combines local finance for watershed conservation with international finance for migratory bird habitat. In this program, funds are used to provide not cash but materials and services, such as beehives, beekeeping training, and barbed wire fence to upstream landowners with forest areas. Read more in the journal of Ecological Economics. 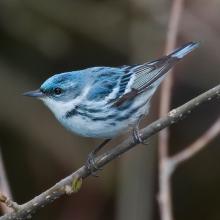 The Environmental Leadership and Training Initiative, a joint project between the Yale School of Forestry and the Smithsonian Tropical Research Institute seeks to train conservation leaders throughout the tropics. In Acre, Brazil and the Pando - Made de Dios region, ELTI has directed workshops in payments for ecosystem services. Read more about ELTI.