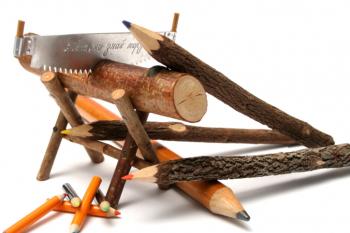 Funding is a perennial challenge for forest management in the tropics, as conservation struggles to compete with the revenue derived from forest conversion to cattle ranching, soy, and palm oil. Tropical forests are usually more valuable for their timber and their land value for agriculture, but studies by economists like Robert Costanza have quantified the global value of ecosystem services such as water, carbon, and biodiversity at trillions of dollars. Similarly, green accounting methods demonstrate the value of natural capital in a nation’s wealth, on par with traditional measures such as GDP. REDD+ and payments for ecosystem services are the most common forms of conservation finance in the Amazon basin. Other financial mechanisms for conservation include debt-for nature swaps, green business investment, and forest mitigation banking.

Debts for nature swaps were developed in the 1980’s to facilitate economic means for tropical countries to protect forests. In the tropics, many countries owe significant levels of debt to foreign banks and creditors. At the same time, many protected areas lack sufficient funding to prevent illegal activity and maintain park staff. As a win-win solution, conservation advocates can raise finance in order to pay off the debt and simultaneously ensure conservation. Debt for nature swaps were proposed initially by Amazonian biologist and conservationist Tom Lovejoy (Yale Phd ‘71). In 1987, one of the earliest debt for nature swaps was conducted between Conservation International and Bolivia, where CI purchased part of the nation’s debt, and in exchange, Bolivia redirected funds to support conservation of the Beri Biosphere Reserve. Another early project with Ecuador collected private financing from the World Wildlife Fund and their local partner, Fundacion Natura, to facilitate protected area management in Ecuadorian parks such as Cuyabeno. Swaps can be created publicly, between governments; these swaps are largely based on the Tropical Forest Conservation Act of 1988 in the United States. Projects under the Tropical Forest Conservation Act can use a mix of public money and private money to channel resources towards forest conservation. Major projects in the Amazon basin include a $10 million debt forgiveness of Colombia to the United States, in 2006. Often these exchanges are facilitated through independent trust funds in the tropical countries, such as the ECOFONDO of Colombia or the Fondo Ambiental Nacional of Ecuador. See overviews of debt for nature swaps at FAO and Conservation International, and examples from Brazil in 2010 and a case study from Peru in 2002.

Finally, nascent forest mitigation banking programs in Peru and Colombia seek to offset mining development with native forest restoration. Many of these mitigation banking programs are similar to the Clean Water Act in the USA, which permits trading mechanisms for a development project to mitigate wetland damage by restoring land off-site. Key principles applied to mitigation banking programs in Colombia and Peru are no net loss of biodiversity habitat and ecological equivalence between the area being impacted and the area being restored. Early activities in these programs include creating databases of lands available for offset. Read an article about biodiversity offsets in the Andes by F&ES graduate Mariana Sarmiento (MEM ‘11).

TEEB. (n.d.). The Economics of Ecosystems and Biodiversity. Retrieved from http://www.teebweb.org/

projects, and publishes reports on carbon markets and other conservation finance topics.

The International Society of Tropical Foresters (ISTF) holds a yearly conference at the Yale School of Forestry & Environmental Studies; read about the 2014 conference,