With a population of 31.3 million people, Venezuela is a midsize South American country. Fifty percent of Venezuela’s area is composed of forested land, including 18 million hectares of Amazon rainforest in the southern state of Amazonas. Compared with other parts of the Amazon basin, the Venezuelan Amazon has a low deforestation rate; it is largely still uncharted and unexploited, thus remains isolated. According to the Global Forest Watch, tree cover loss in the country as a whole between 2001 and 2014 was 1.3 million hectares. The FAO reports that the annual deforestation rate between 2010 and 2015 was 0.3%. The forestry sector contributes 0.5% of the GDP and employs 56,000 people, according to FAO data from 2011. 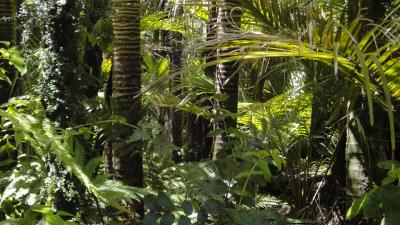 Sustainable forest management has been prevalent in Venezuela since the Forest Law of 1966. National forest policy was reviewed in 1998 and the consensus was that the policy needed to expand its focus to include more broad environmental and social issues. In 2013, the new Law of Forests (Ley de Bosques) was enacted. This law intends to conserve forests and vegetation, while simultaneously establishing the role of the Ministry of the Environment in forest management and creating the National Protection System against Forest Fires. Domestic timber trade is regulated by the Forest Law for Soil and Water (Ley Forestal de Suelos y de Agua) and international timber trade is regulated by the Fiscal Timber Law (Ley de Timbre Fiscal). Under this international timber trade law, only timber harvested from plantations, not natural forests, can be exported. Both private and official plantations cover nearly 863,000 hectares according to an FAO 2001 estimate, with Caribbean pine (Pinus caribea) the most popular plantation species. Industrial logging was prohibited in the Amazonas region beginning in 1978, and the prohibition of mining in Amazonas followed in 1989. However, the International Tropical Timber Organization (ITTO) suggests that law enforcement of forestry regulations is weak in practice, since commercial logging sites are generally far from control centers.

The government owns the vast majority (about 90%) of forested land in Venezuela. While indigenous people have collective ownership of forestland and resources according to the 1999 constitution, there is no comprehensive recognition in place. Forest management is largely centralized under the forest service, which is under the jurisdiction of the Ministry of the Environment and Natural Resources (MARN). MARN grants forest concessions for areas greater than 5,000 hectares and annual logging permits for smaller areas. However, the ITTO states in their 2005 Status of Tropical Forest Management Report that the forest concession policy is unclear; information regarding how to receive a concession is lacking. Furthermore, concessionaries often fail to comply with forest law, yet there is little to no information about how to comply. 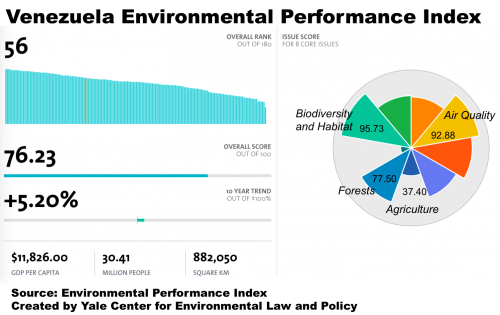 Forest certification, whether FSC or PEFC (see Forest Certification), is still not very popular in Venezuela. As of 2005, there was only one certified plantation of Caribbean pine covering 139,650 hectares. Opposition from the economic sector, largely centered around the idea that certification might prove an obstacle for commercial wood trade, seems to be decreasing. However, due to the expense involved, certification remains difficult for small landowners.

In contrast to its struggles with forest certification, Venezuela is a global leader in conservation, with 20% (17.9 million hectares) of the total area classified as an IUCN I-IV protected area (see Protected Areas). These protected areas exist in the form of national parks, natural monuments, or wildlife refuges, which all help to protect and preserve Venezuela’s impressive biodiversity and endemic species. Venezuela’s government opposes offsets, considering them a means by which developed nations can avoid their compliance requirements. This prohibits Venezuela from participating in any REDD+ activities.