Protected Areas in the Amazon Basin

Protected areas have traditionally formed the backbone of forest conservation strategies in the Amazon Basin and elsewhere in the tropics. For most of the 1980s and 1990s, international governance focused largely on the importance of protected areas. This model of protected areas was somewhat based on the US experience of national parks and the European experience of game reserves in Africa. In the Neotropics, this approach found success in Costa Rica, where a large percentage of natural forest was destroyed before the government collaborated with foreign donors to promote nature reserves and ecotourism. Elsewhere in the tropics, however, this approach was occasionally criticized as having weak enforcement power and not considering the livelihood needs of local people, while also ignoring the effective conservation role of community managed forestry, extractive reserves (rubber and Brazil nuts), and indigenous reserves. Nevertheless, although many programs focus on forest conservation outside of protected areas, they still remain a vital conservation approach.

Protected areas are categorized according to the International Union for the Conservation of Nature. Categories I-IV represent areas managed for conservation, biodiversity, and sometimes recreation as well. Added in 1992, Category V areas are managed for landscape conservation, and Category VI is managed for sustainable resource use, such as the extractive rubber reserves of the Amazon or national forest in the United States. Studies find that protected areas, indigenous reserves, and extractive reserves can all be effective to prevent deforestation. In the Amazon basin, where most of the native forest cover remains, protected areas are often isolated in remote areas, whereas in the Atlantic forest, protected areas often contain the majority of the intact remaining forest area.

In Brazil, the Tapajos National Forest is an IUCN category VI area, meaning that it is managed as a timber reserve. The forest is located along the Tapajos River near the Amazon River city of Santarem, in a heavily developed area of the Amazon basin. Read about sustainable forestry programs in the Tapajos National Forest. Further upstream the Amazon River, the Central Amazon Conservation Complex is a large protected area in the Amazon Basin, comprised of the Jaú National Park and surrounding Sustainable Development Reserves. North of the Amazon River, near the border of French Guiana and Suriname is the Tumucumaque Mountains National Park, created in 2002. Throughout the Amazon Basin are indigenous reserves, which protect significant areas of intact Amazon forest. While most of the forest areas of the Amazon basin are inhabited by indigenous peoples, only some areas are nationally recognized as legal reserves. See more about indigenous reserves. At the landscape level, programs such as Amazon Region Protected Areas Program bring together park agencies, local NGOs, and indigenous groups to leverage funding and link natural areas. 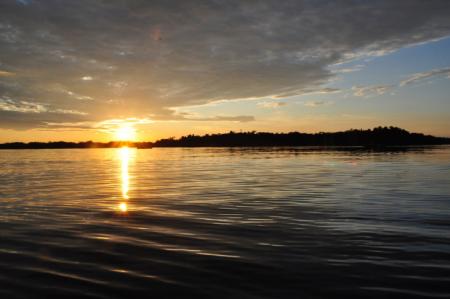 Elsewhere in the Amazon region, in Ecuador, Yasuni National Park has been found to be one of the most biodiverse areas of the world, especially in species richness of trees, amphibians, reptiles, and bats. Underneath Yasuni and surrounding indigenous areas, however, lie great reserves of oil. In 2007, Ecuador’s President Rafael Correa had proposed a plan to compensate Ecuador to not drill the oil, but received little of the requested funding. In August 2013, Ecuador announced they would abandon this plan and instead drill oil; recently discovered documents in June 2014 revealed that the government was already planning oil drilling before announcing the end of the compensation plan. Other mega biodiverse parks lie along the foothills of the southern Andes-Amazon forest. In Bolivia, the Madidi National Park and surrounding areas form a 2 million hectare park with an elevation gradient of 6,000 meters. The park is particularly rich in bird diversity, with 1,088 recorded species (the US has about 900 species). In Peru, Manu National Park stretches from the Amazon forest of Madre de Dios into the Andes, outside of Cusco. Recently, researchers in Manu recorded 287 species of reptiles and amphibians, more than anywhere else in the world. In Colombia, the government recently increased the size of Chiribiquete National Park, which includes Caqueta moist forest as well as shrub dominated sandstone outcroppings.

Debts for nature swaps are financial tools developed in the 1980’s to facilitate economic means for tropical countries to protect forests, and have been implemented throughout the tropics worldwide, but especially in the Amazon basin. 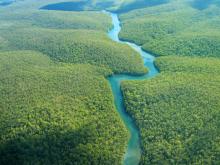